skip to main | skip to sidebar

Vote for Dislocados in the IMAs in two categories here! 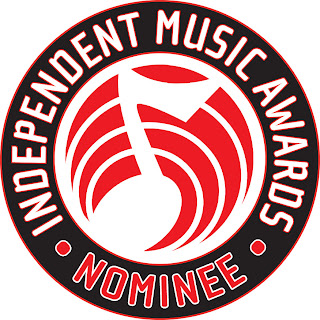 Hear the music of all Nominees at: http://www.independentmusicawards.com/imanominee/10th/albumArtistry Has Its Awards
Celebrating the democracy of creativity and meritocracy of talent, The Independent Music Awards honor exceptional independent artists who are, traditionally ignored by mass media and big box retailers. For the past 10 years, artists and labels from around the world have found new fans and prominence through The Independent Music Awards. Produced by Music Resource Group, publisher of the popular industry networking database The Musician’s AtlasOnline, and producers of the original webTV series, Grooveable Feast, The IMAs use its unrivaled access to performance, promotion & distribution opportunities to connect Winners and Nominees to new audiences and revenue opportunities. Earning IMA honors goes beyond a badge of distinction. Artists credit The IMAs with increasing recognition among music fans and industry gatekeepers.

Past winners and nominees include: And You Will Know Us By The Trail of Dead, Cursive, fun., The Flatlanders, Spinerrette, Holly GoLightly & The Brokeoffs, Vienna Teng, The So So Glos, Cephas & Wiggins, The Matches, All That Remains, The Cliks, Oran Etkin, State Radio, Lee “Scratch Perry, The Very Best, Tim Easton, Marco Benevento, Kes The Band, Jamie Lidell, Lacuna Coil, The Trews, Joan As Police Woman; Koko Taylor, Miguel Migs; Speech, God Forbid, Lionel Louekee; Jeff Healey, Johnny Dowd, Chris Whitley, Ike Turner, The Apples in stereo, Mary Gauthier, Jennifer Nettles (Sugarland), The Mooney Suzuki, and Denque Fever among many others. Submissions for The 11th Independent Music Awards will open in March.

Nominees For The 10th Annual IMAs Are: 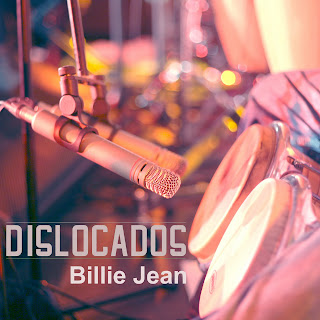 So, the single is out! Like I said, we were coming out with a BIG song for us, and it's finally here! We've pre-released our new single which is a pure hard salsa interpretation of Michael Jackson's classic, Billie Jean. The song is coming out officially on June 25, 2010, the one-year anniversary of MJ's death, but you can catch it on youtube here!:
The song was a lot of work and effort from our side, mostly from Ilya, who did the awesome hard salsa arrangement. But, it's always hard when you're doing a cover, especially such a FAMOUS one, because everyone is going to have their own opinion. For us, the most important thing was to maintain the main singable parts of the song so people could enjoy singing along in the club, make the beat very salsa-groovy, but still do it the Dislocados way, meaning that I wasn't trying to be too much like Michael on the vocals, and the band does its hard salsa thing.
I hope you all enjoy it, we're really pleased. Special thanks to Sasha Sadovets from Na Hati Records for doing such a great job with the sound post-production.
And, no, we haven't abandoned our old style and now are going to be doing just danceable salsa covers. But, we like to see what we can do when we experiment a bit. Be assured that on the next album you'll have the whole spectrum from this kind of stuff to intense jazzy hardcore jams!
Posted by Dislocados at 10:07 AM No comments: 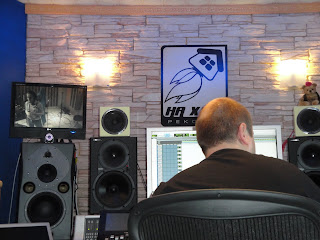 So, just came back from the studio in Kiev this weekend. Awesome fun. I laid down the lead vocals for our new single coming out on JUNE 25TH! It's supposed to be a big deal for us, so I'm really excited.
I went with my brother, Nicholas, who joined Ilya and Lesya on coro and I think it worked out great. Nicholas gave a new flavour to the coro that you guys won't regret.
Before I forget, as always, special thanks to Sasha Sadovets of Na Hati Records, Ukraine, who made the recording process as enjoyable as possible, as usual. What a professional.
The plan is that the song will be available as a single download from iTunes, etc. Although, it always takes a little delay with iTunes, but even if it's not available there straight away, you'll be able to hear it starting June 25th on Hard Salsa Radio in New York, around a bunch more radio stations worldwide, and I'm going to make it available for immediate listening on youtube.
We're keeping the song a big secret until it's out. The song has a couple of purposes. Mainly, it's to increase Dislocados' visibility among salseros that don't know us yet. Our main concentration was on:
1. increasing visibility
2. increasing "dance-ability"
3. making a special dedication to a beloved artist
Well, without saying more, I just have to say that the song seems awesome. We already pre-performed it twice in Kiev, and I gotta tell you, the audiences loved it. Ilya paid special attention to make the arrangement as danceable as possible without losing Dislocados' hard salsa essence. Be especially prepared for some great coros, great horn parts, and sing alongs...
Anyway, I just wanted to let everyone know about it for now. It's the most exciting thing right now for us... We're done the rhythm section, lead and coro, and now we have to record the horns and mix it, and it'll be ready to go!
So, the countdown begins. T-25 days until Dislocados' new blockbuster hit...
Get ready to hear it in a salsoteca near you!
Posted by Dislocados at 10:14 AM No comments: 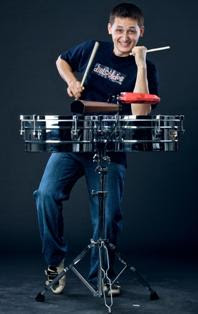 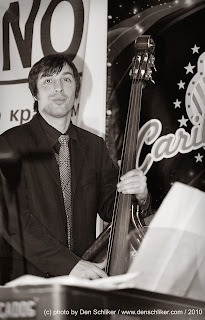 Videos are up! And salsa, as perceived by Dennis Adu. 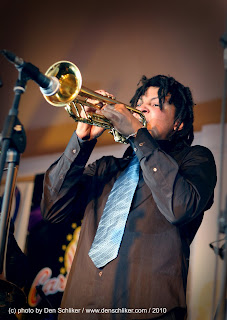 Hey guys, WE'RE BACK. After a long bout of silence, and a lack of salsa for me for 2 months, I went back to Kyiv last week and picked up our professional videos from the Jimmy Bosch concert!!!
Check them out, I'm so excited!
Soooooooooo exciting. Now the next step is to get to the Ottawa and Montreal jazz festivals. If we could bring Jimmy, we can do anything now!
In other news, for the Dislocados launch concerts, I had the guys prepare some text about why salsa is cool for musicians and not only for dancers. We didn't get a chance to use them before the concert, unfortunately, but I think it's important to post their ideas now. This part is in Russian for our Russian audiences. The first one I'll post will be by Dennis Adu, first trumpet in the band, international maniac on trumpet. :) pictured above

I think that a jazz musician's interest in playing salsa lies in, above all, its incredible pace and drive (when it exists, of course ^ ^) it's unlike any other in the music world. Especially if you play this music with amazing musicians (as with Dislocados), for example, you feel this kind of drive is not difficult to achieve (well, of course when everyone's mood is good, as is similar in any music) (my mood is 80% dependent on the horn, especially I would say of how much time I spend with her in the wings of the Glier school). As for the rhythm, it's very complex with combinations of patterns on different instruments that can challenge you, even with the most professional musicians, as they are really complex and even if you trumpet or piano or bass you need to know (at least the basic patterns, basic styles) to be confident in yourself, and not to make too many mistakes on stage! In terms of jamming, it's interesting for me to play salsa because in salsa improvisation there are certain rules, which are primarily in the beautiful melodies built on triads of unusual rhythmic constructions, and of course the multitude of different riffs or quotes that are used in salsa as well as in jazz (or not used). A trumpet player in particular has fun playing salsa also because the music makes it possible to play the trumpet very different than in any other music, is reflected in the bars, the sound, and of course in the endurance and range, (on the other two I could probably write another couple pages but I'll write in brief). With regard to maturing and the register of the trumpet in salsa music, it's a special story, because all salsa trumpeters are famous for their incredibly powerful and natural sound mind bending register that gives the music a fantastic energy. In order to play salsa, a trumpet player not only has to have patience and good sound, but also incredible discipline that will help him to be in form (this is the why the majority of trumpeters take a more responsible approach to employment than other instrumentalists 8-). No physical form (in trumpet) - no salsa)))) In this music, you can let yourself go completely (if you know how) gg

Posted by Dislocados at 10:55 AM No comments: 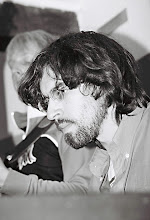